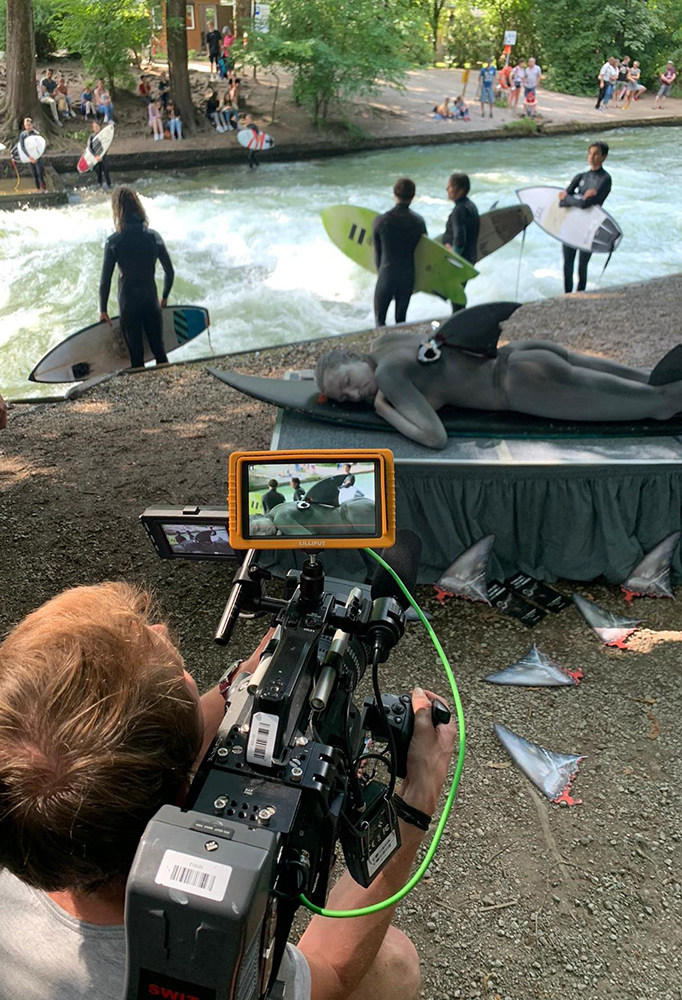 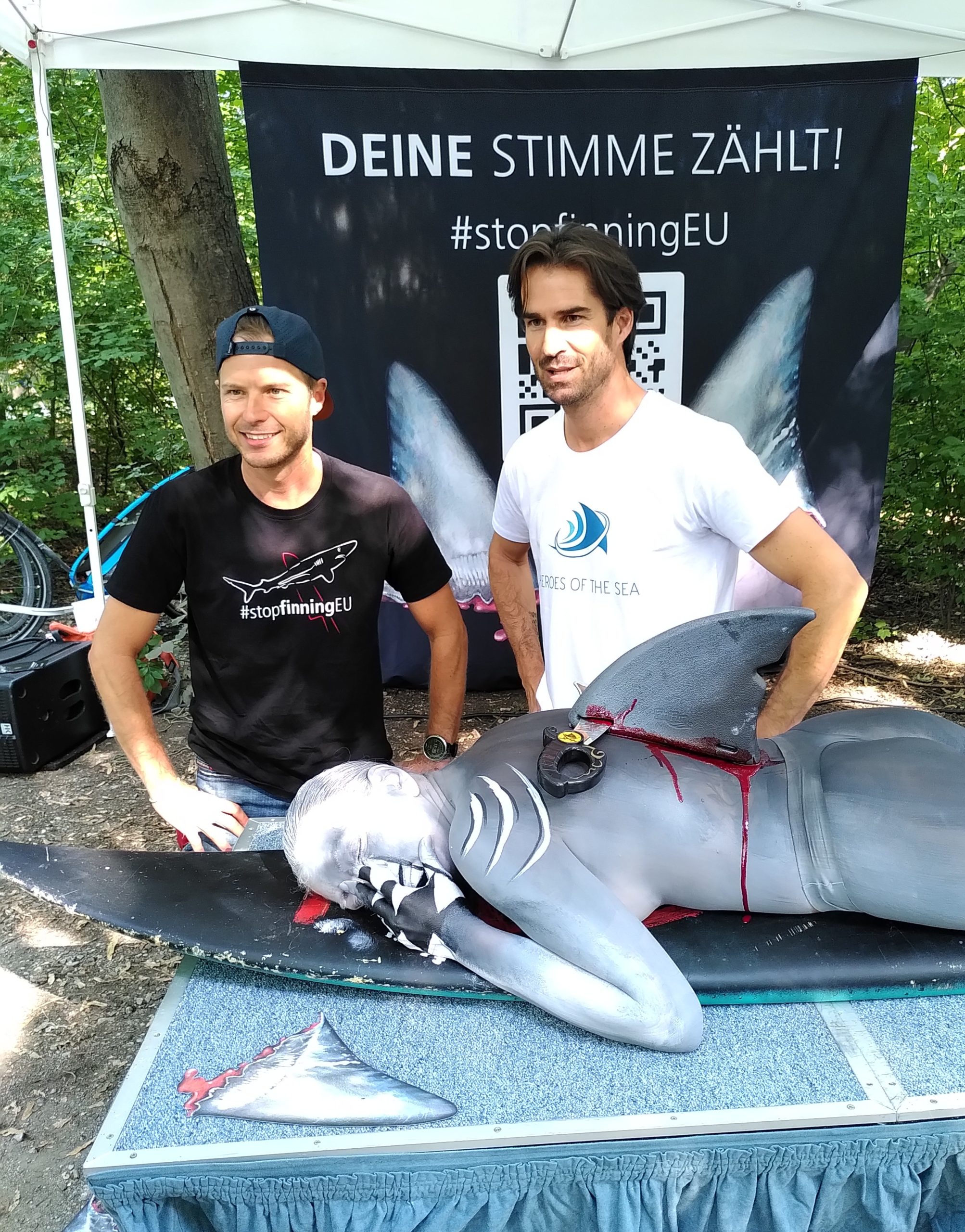 On the 14th of July we celebrated Shark Awareness Day – a day with the purpose to emphasize the importance of sharks for the marine ecosystem and to recall that these animals face extinction and need our protection. Shark Awareness Day has its origin in the USA – however, given that Europe is among the top exporters for shark fins, we reckoned that it should also be introduced here.

Our slogan for 2020’s Shark Awareness Day was “Keep the fins on! Stop the trade” – as the EU Citizens Initiative aims to stop shark fin trade in the EU. Besides other activities our main event of the day took place in Munich, Germany. The “Eisbach”, a famous spot for surfers in the middle of the city was the perfect spot to raise awareness for sharks needing their fins attached to their bodies as much as surfers need them on their surfboard.

With the support of renowned make-up and bodypainting artist Daniela Schatz, our model Manuela Neppl was transformed into a shark right in front of the surfers and under the watchful eyes of a crowd of spectators. A finning scene was then re-created in which the shark’s fins were cut off and the remaining body was thrown in the water, like it happens on board of fishing vessels worldwide. The event was accompanied by interviews with the artist and the model, Stop Finning EU spokesperson Nils Kluger, as well as radio and TV moderator Florian Weiss and photographer York Hovest, who both engage actively in marine conservation and support our EU Citizens initiative. Furthermore, a professional film team of BAF media academy attended the event and the German newspaper Süddeutsche Zeitung reported about the event.

Until the next day, our initiative has reached 95.000 votes. We hope to get some more votes because of the publicity during the Shark Awareness day – also owed to our partners and supporters who shared our posts to raise awareness for sharks – Thank you!

This site is registered on wpml.org as a development site.
Go to Top